On a beautiful June evening, Ryan and I had the opportunity to go to a College World Series game in Omaha at the TD Ameritrade Park.  I couldn’t tell you exactly who played or what the score was but what I can tell you is that I had a great time meeting a new friend.

Ryan was sitting there watching the game.  I was sitting there on my phone.  I will admit I don’t know much about baseball so I was not super excited to be there with a bunch of guys.  I did want to go for the experience.  I was sitting next to a gentleman and his group of 4 friends.  By the 4th inning, this man had the same idea I did, time to take a nap.  Well, his friends got a bit nervous for him because he was not waking back up.  They checked his pulse and whistled at him.  Still nothing.  Ryan and I were starting to worry.  About 7 minutes later, this gentleman woke up and started talking to his buds from Rhode Island.  About the 5th inning, he leans over to me and says “Hey!  Want to see my cute granddaughter in sunglasses?”  So we go through a few pictures and begin talking…about baseball, life and work.  We continue to talk and I learn that this sweet man is Buddy Hunter.  A former Red Sox player in 1971-1975.  He said that he loved playing baseball, and played until he couldn’t hit a fast ball anymore.

This man had sat by me and we conversed until the game was over.  I believe he could tell that I was just a little bit bored 😉  Now, I would have been just fine pretending to watch the game and act like I knew what was going on, or could have sat on my phone and went on Pinterest to keep me busy and just kept to myself.  Instead, I conversed back.  We had one of the best conversations that I have ever had with a stranger.

If you truly listen to what people have to say you can learn so much.  Buddy has had an impact on my life.  Maybe even more than what he would think.  How much can one person’s words affect another?

Life is what you make out of it.  Life is Good.

You need to learn to have a voice and speak it. Don’t be shy, stand up for what you believe in.  And DO believe in something.

You are not entitled to anything.  You have to work hard for everything.  It will be worth it in the end.

Over the past few months, I have taken these things that we had talked about to heart and even put some of them into play.  I have started to have a voice.  Even if it is a bit shaky at times, it is there.  Stand up for you.  Stand up for what you believe in.  Stand up for others.  I believe that you can handle anything that is given to you and people are brought into your life at specific times for a reason.  You may not see what that is right away. 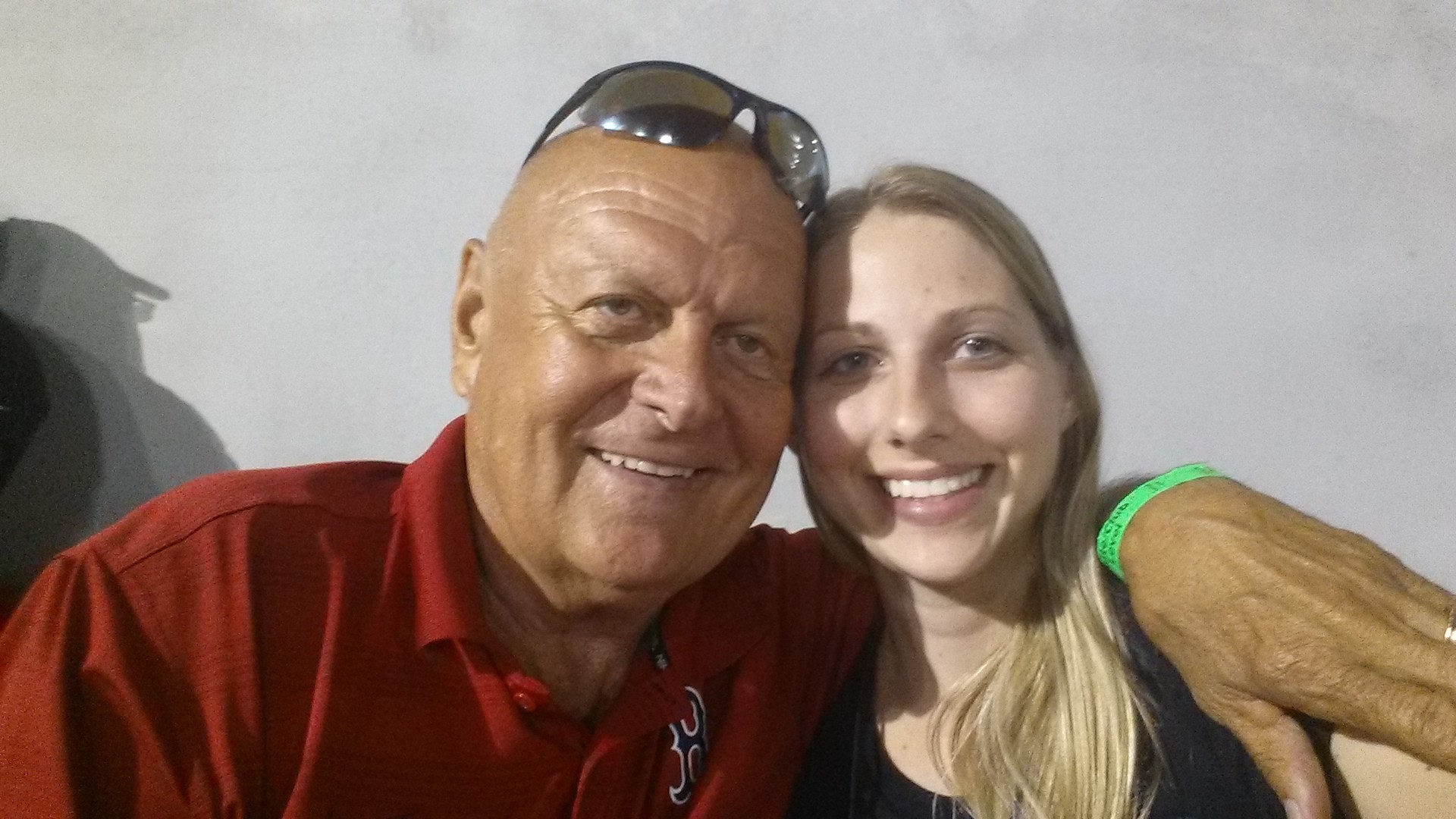 Buddy: You will always have a special place in my heart.  Thank you for talking to the girl that needed some inspiration.  I challenge you, next time you are at an event or at the grocery store in line, say hello to a stranger.  See how their day is.  One word can mean the world to someone and you may never know it.